Imagine being a child and ordering an ice cream cone. Just as you are about to taste its frosty goodness, a large man with a crown and magnificent moustache walks in and orders the same flavor as you. Yours was the last scoop. Unexpectedly, the shopkeeper gives YOUR cone to the man.

“Who was that, and why did you give him my ice-cream!?” You demand.

The owner replies, “That was the Mustache King, and all must obey the ‘stache of the king.”

“Who made him king?”, You ask quizzically.

“By the laws of our beloved moustachracy, whoever bears the moustache of a king shall rule over all.”

You walk off in a huff, returning one week later with a “mighty, yet untested, moustache” and a determination to become the Moustache King!

Despite its sporadically finicky controls, this introduction (adapted from the official page) tells you all you need to know-MKA is a humorous blast to play. 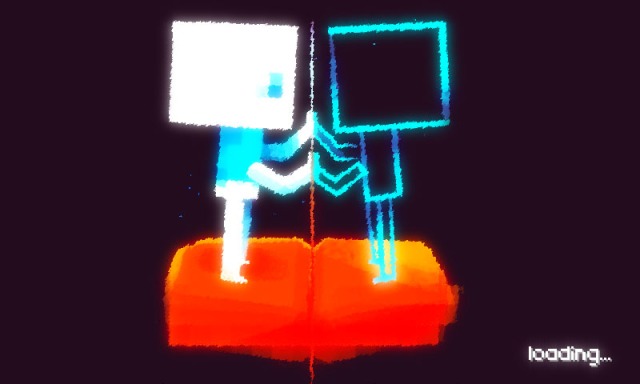 Alter Ego’s story is almost non-existent, primarily (I assume) because it doesn’t need it. Its puzzler-action and mixture of soothing music combine to form a focused and powerful-albeit short-experience. 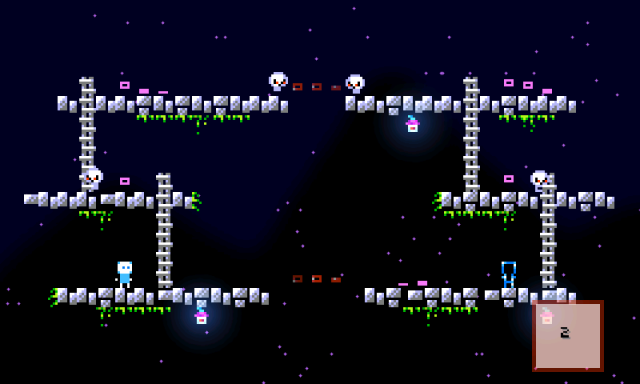 The sequel is also available here.

Octodad is a loving father, caring husband…and an octopus. The sheer absurdity of seeing him flip, flop and wiggle around the house while doing mundane tasks like mopping the floor or playing with his son are worth the admittedly long download (300 MB) and sometimes frustrating controls.

The sequel arriving this week for PS4 greatly improves the graphics, gameplay and controls of the original, but not without its own problems.

“Neither shalt thou lie with any beast to defile thyself therewith: neither shall any woman stand before a beast to lie down thereto: it is confusion.”

The sequel briefly takes you back to Octodad’s wedding day.
In the church where Octodad gets married, the stained glass depicts a bow-tie wearing Cthulhu instead of Jesus (as might be expected).

Metroidvania type-games (while offering a unique mixture of exploration, combat and replayability) usually contain a theme of false godhood or ascendance. The protagonist grows so powerful as to usurp and dethrone the usually godlike antagonist.

We happily don’t find that here. Instead, these stark black-and-white retro visuals mask an exciting, and often intensely difficult, adventure.

Look out for more Video Games and the Bible Highlights, featuring both paid and free software!