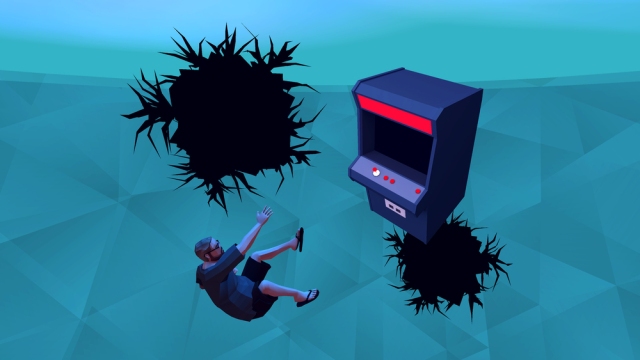 A screenshot of That Dragon, Cancer

That Dragon, Cancer* (TDC) gameplay footage and discussion from the Video Games and the Bible YouTube channel:

That Dragon, Cancer was created by predominantly Christian-staffed independent studio Numinous Games. Among these developers are the Green family, whose story and struggles are captured by the game.

That Dragon, Cancer is the heartwrenching true story of the Green family’s now-deceased infant son, Joel, and his five year battle with cancer. TDC‘s unusual subject matter, combined with a use of gorgeous, surreal vignettes to tell its tale, attracted attention from sources both Christian and secular.

I don’t want to talk about that.

Instead, I want to tackle how I feel this title has been tragically misrepresented by the games media. And as a result, those who might have benefited most from playing it were turned away.

That Dragon, Cancer is not the story of Joel’s tragic death. It’s the story of his life. The difference may seem small, but it is extremely important, because it defines the very way you approach the game.

TDC transports you to sleepless nights filled with desperate prayer amidst Joel’s anguished screams. Its depiction of Cancer is quietly horrific–malevolent, tangled orbs of thorned menace lurking on the periphery of almost every scene, threatening to swallow the family whole.

Ryan Green, Joel’s father, dives into literal Depths of Despair, slowly drowning in the process. He wishes that science could step in and fix this, finding it easier to act and hope for the best than to keep believing in a miracle which may never come. What if “Invisible Jesus” doesn’t help? What if he says “No,” or isn’t listening in the first place? What if Ryan’s concerns–our concerns–are insignificant, lost on the ears of an all-powerful God?

Meanwhile, Amy Green, Joel’s mother, hopes against hope. Praying, and imagining a brighter future for her son than she can currently see. She cleans up comically spilled eggs and takes Joel to treatment after treatment, trying not to allow the thought to creep in that even after all of this, he could be gone within seconds.

HOWEVER (and this is the important bit), despite these visions of darkness and foreboding, fear and death, That Dragon, Cancer somehow preserves a deep sense of childlike wonder. The joy and happiness to be found in the simple act of living is made real, and provides comfort in the most frightening of times.

One moment you’re in a hospital, surrounded by reminders of the good health Joel may never have. The next, you’re watching him cartwheel through the sky, laughing, riding on the backs of majestic constellations.

A bright hallway is positively littered with loving messages to friends and family. Postcards are strung from the ceiling, crouching on chair armrests–occupying every spare nook and cranny. They address both those departed, and those, miraculously, still here. Still filling their corner of the world with light.

TDC spotlights the mundane beauty we take for granted. Whether feeding ducks on a lazy summer day, going down a slide in the playground, or getting a playful lick from a really adorable dog. Cart races, and kisses, and road trips to new places. A resting trust in God, and a family that cares about you. Hushed bedtime stories about little brothers, and a Dragon named Cancer, that in the end, can never truly win.

A faith worth celebrating. A journey, though painful, worth every step traveled.

That Dragon, Cancer is not the story of Joel’s death–of sadness. It’s the story of his life. Of his joy. Of pure, unadulterated, childlike love and wonder. 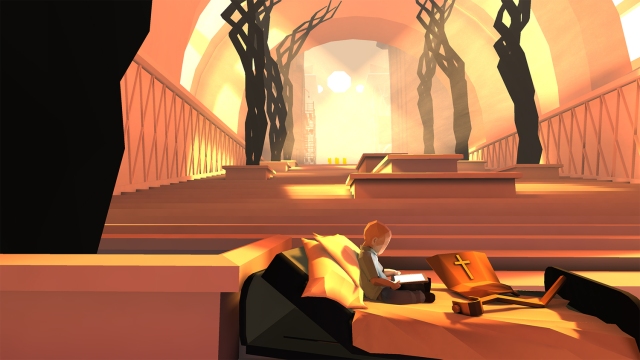 *That Dragon, Cancer was received for review/coverage. See our statement of ethics here and game review criteria here.