Assassins’s Creed and the Bible Part 3: The First Civilization (Those Who Came Before) 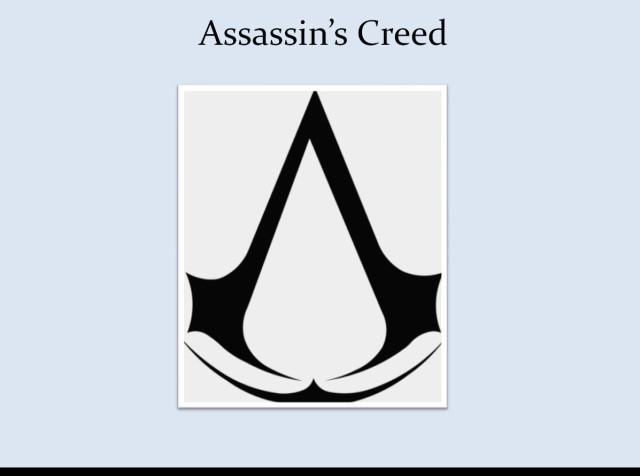 Minerva (one of three members of the First Civilization shown in the Assassin’s Creed series) spoke to Ezio in the Vault beneath the Vatican. When Ezio said “You are… gods.“, Minerva just laughed and said “No. Not gods. We simply came… before.”

After the Toba Catastrophe wiped out most of the First Civilization, they started breeding with humans. This created hybrids and the bloodline of future Assassins:

“And it came to pass, when men began to multiply on the face of the earth, and daughters were born unto them, That the sons of God [“sons of God” usually refers to angels-in this case, the fallen angels.] saw the daughters of men that they were fair; and they took them wives of all which they chose.” (Genesis 6:1-2)

According to Assassin’s Creed, when the First Civilization mated with humans, they passed on abilities and skills such as a “sixth sense [AKA Eagle Vision].” This can be shown in Subject 16’s words in Glyph Puzzle #14: “Listen. Why do we have these gifts, these abilities? Because it’s in our blood.”

Puzzle #14 contained pictures of “gods” mating with humans. It stated: “The seeds were planted as two worlds became one. Behold, the Assassins, the children of two worlds!“:

“There were giants in the earth in those days; and also after that, when the sons of God came in unto the daughters of men, and they bare children to them, the same became mighty men which were of old, men of renown.” (Genesis 6:4)

“And God saw that the wickedness of man was great in the earth, and that every imagination of the thoughts of his heart was only evil continually.” (Genesis 6:5)

“And it repented the Lord that he had made man on the earth, and it grieved him at his heart. And the Lord said, I will destroy man whom I have created from the face of the earth; both man, and beast, and the creeping thing, and the fowls of the air; for it repenteth me that I have made them.” (Genesis 6:6-7)

“For if God spared not the angels that sinned, but cast them down to hell, and delivered them into chains of darkness, to be reserved unto judgment;”

Jupiter, Minerva, and Juno lead Desmond to the battleground over the fate of the world at the Grand Temple in New York (which is what Assassin’s Creed 3 will be about):

For they are the spirits of devils, working miracles, which go forth unto the kings of the earth and of the whole world, to gather them to the battle of that great day of God Almighty.” (Revelation 16:13-14)

Members of the First Civilization were revered as gods by the humans they claimed to have created:

“And it shall be, if thou do at all forget the Lord thy God, and walk after other gods, and serve them, and worship them, I testify against you this day that ye shall surely perish.” (Deuteronomy 8:19)

“But I say, that the things which the Gentiles sacrifice, they sacrifice to devils, and not to God: and I would not that ye should have fellowship with devils.” (1 Corinthians 10:20)

Juno said this to Desmond in Assassin’s Creed: Brotherhood: “In the beginning, we set our truths to parchment. To stone. To the memory of men. These proved impermanent things. Cleansed by fire. Cleansed by famine. Cleansed by flood.” Turn to Isaiah 26:13-14 and Jeremiah 10:10-11:

“O Lord our God, other lords beside thee have had dominion over us: but by thee only will we make mention of thy name. They are dead, they shall not live; they are deceased, they shall not rise: therefore hast thou visited and destroyed them, and made all their memory to perish.” (Isaiah 26:13-14)

“But the Lord is the true God, he is the living God, and an everlasting king: at his wrath the earth shall tremble, and the nations shall not be able to abide his indignation.

Thus shall ye say unto them, The gods that have not made the heavens and the earth, even they shall perish from the earth, and from under these heavens.” (Jeremiah 10:10-11)

In Assassin’s Creed 2, Minerva said that the First Civilization created man in their own image: “We built you in our own image, we built you to survive.” Look at what God says in Genesis 1:26:

“And God said, Let us make man in our image, after our likeness: and let them have dominion over the fish of the sea, and over the fowl of the air, and over the cattle, and over all the earth, and over every creeping thing that creepeth upon the earth.”

“For Israel hath forgotten his Maker, and buildeth temples; and Judah hath multiplied fenced cities: but I will send a fire upon his cities, and it shall devour the palaces thereof.”

A fire WAS set upon their cities (when the sun scorched most of the earth’s surface) during the Toba Catastrophe.

The paired statuettes of Minerva and Jupiter found in Monteriggioni have a pedestal bearing a plaque which reads: “Here sits the king of all Olympus and beside him stands wisdom, to guide his rule.” Look at Proverbs 8:27-30:

“When he [God] prepared the heavens, I [Wisdom] was there: when he set a compass upon the face of the depth: When he established the clouds above: when he strengthened the fountains of the deep:

When he gave to the sea his decree, that the waters should not pass his commandment: when he appointed the foundations of the earth:

Then I was by him, as one brought up with him: and I was daily his delight, rejoicing always before him;”

Minerva told Desmond this: “And guard against the cross – for there are many who will stand in your way.”

“Brethren, be followers together of me, and mark them which walk so as ye have us for an ensample. (For many walk, of whom I have told you often, and now tell you even weeping, that they are the enemies of the cross of Christ: Whose end is destruction, whose God is their belly, and whose glory is in their shame, who mind earthly things.)” (Philippians 3:17-19)

“For the preaching of the cross is to them that perish foolishness; but unto us which are saved it is the power of God.” (1 Corinthians 1:18)