BioShock and the Bible Part 2: The Wader and the Cult of Rapture

*Note: images below come from YouTube and BioShock Wiki unless otherwise noted.

Before our upcoming examination into BioShock Infinite, we’ll take a look at one of the inhabitants of a city called Rapture (the setting of BioShock 1 and 2)-the Wader.

Wearing a mask of human skin, the Wader has been driven insane like most of the people of Rapture. However, unlike them, the Wader seems to have a belief in God, and his statements have a lot to show us about Rapture and the world of BioShock.

When in an “idle” state (meaning that he has not yet engaged the player) the Wader says:

“Then entered Satan into Judas surnamed Iscariot, being of the number of the twelve. And he went his way, and communed with the chief priests and captains, how he might betray him [Jesus] unto them.And they were glad, and covenanted to give him money. And he promised, and sought opportunity to betray him unto them in the absence of the multitude.” (Luke 22:3-6)

“Then Judas, which had betrayed him, when he saw that he was condemned, repented himself, and brought again the thirty pieces of silver to the chief priests and elders,Saying, I have sinned in that I have betrayed the innocent blood. And they said, What is that to us? see thou to that.And he cast down the pieces of silver in the temple, and departed, and went and hanged himself.” (Matthew 27:3-5)

“No man can serve two masters: for either he will hate the one, and love the other; or else he will hold to the one, and despise the other. Ye cannot serve God and mammon.” (Matthew 6:24)

Wader: “Father, why have You forsaken me?”

“And at the ninth hour Jesus cried with a loud voice, saying, Eloi, Eloi, lama sabachthani? which is, being interpreted, My God, my God, why hast thou forsaken me?” (Mark 15:34)

“The eyes of the Lord are in every place, beholding the evil and the good.” (Proverbs 15:3)

The Wader sings the first verse of Jesus Loves Me: “Jesus loves me, this I know; for the Bible tells me so. Little ones to Him belong; they are weak, but He is strong!”

[Jesus speaking] “This is my commandment, That ye love one another, as I have loved you. Greater love hath no man than this, that a man lay down his life for his friends [Which Jesus did on the cross, rising again three days later].” (John 15:12-13)

Wader: “His light shineth even down here in the murk.”

And the light shineth in darkness; and the darkness comprehended it not.” (John 1:1-5)

“And the rest of the people, the priests, the Levites, the porters, the singers, the Nethinims, and all they that had separated themselves from the people of the lands unto the law of God, their wives, their sons, and their daughters, every one having knowledge, and having understanding;

They clave to their brethren, their nobles, and entered into a curse, and into an oath, to walk in God’s law, which was given by Moses the servant of God, and to observe and do all the commandments of the Lord our Lord, and his judgments and his statutes;” (Nehemiah 10:28-29)

Three notable things he says in this state are the key to understanding Rapture:

“We have turned away from Your light!”

“We thought we could hide from the light down here. We were wrong!”

“For I have set my face against this city for evil, and not for good, saith the Lord!”

The first two quotes-“We have turned away from Your light!” and “We thought we could hide from the light down here. We were wrong!“-are directly connected.

In building Rapture, Andrew Ryan sought to realize a dream. A dream embodied in the famous words:

Andrew Ryan tried to create a utopia, a “perfect world” without God, government, or law. This is expressed in various ways throughout the series.

This is the players’ introduction to Rapture, narrated by Andrew Ryan:

“I am Andrew Ryan, and I am here to ask you a question.”

“Is a man not entitled to the sweat of his brow?“ 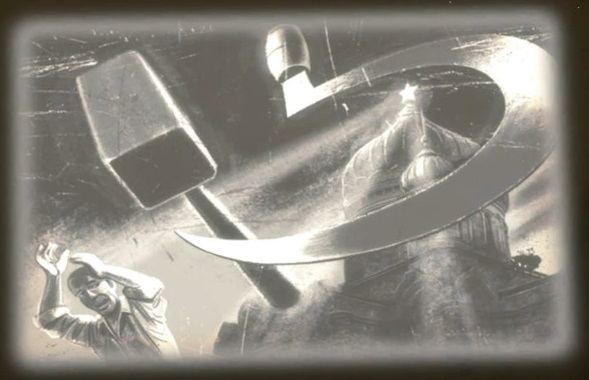 I rejected those answers. Instead, I chose something different. I chose the impossible. I chose…

And with the sweat of your brow, Rapture can become your city as well.”

“I founded Rapture to be free of law and god…“

In the audio diary The Great Chain he says:

“I believe in no God, no invisible man in the sky.“

In the audio diary A Man or a Parasite:

Near the end of the first BioShock, Andrew Ryan calls the Bible a “book of lies.”

[Daniel Wales speaking] “Then Andrew Ryan says he wants Wales an’ Wales for Rapture–a Cathedral with no God, befittin’ the ascent o’ man [this will be important later].“

“On the surface, I once bought a forest. The Parasites claimed that the land belonged to God, and demanded that I establish a public park there. Why? So the rabble could stand slack-jawed under the canopy and pretend that it was paradise earned. When Congress moved to nationalize my forest, I burnt it to the ground. God did not plant the seeds of this Arcadia; I did.“

This total rejection of God, his words and his laws, even going to the point of calling the Bible a “book of lies…” It directly confirms the Wader’s cry, “We have turned away from Your light!”

“For God sent not his Son into the world to condemn the world; but that the world through him might be saved. He that believeth on him is not condemned: but he that believeth not is condemned already, because he hath not believed in the name of the only begotten Son of God.

And this is the condemnation, that light is come into the world, and men loved darkness rather than light, because their deeds were evil.

For every one that doeth evil hateth the light, neither cometh to the light, lest his deeds should be reproved.” (John 3:17-20)

[God speaking] “Hear, O earth: behold, I will bring evil upon this people, even the fruit of their thoughts, because they have not hearkened unto my words, nor to my law, but rejected it.” (Jeremiah 6:19)

Remember the Wader’s third quote, “We thought we could hide from the light down here. We were wrong!“

If I take the wings of the morning, and dwell in the uttermost parts of the sea; Even there shall thy hand lead me, and thy right hand shall hold me.” (Psalm 139:7-10)

And that brings us to his third statement, “For I have set my face against this city for evil, and not for good, saith the Lord!” This is a direct quote from Jeremiah 21, and certain things that happened in Rapture are seen in this verse as well.

“And unto this people thou shalt say, Thus saith the Lord; Behold, I set before you the way of life, and the way of death. He that abideth in this city shall die by the sword [this is seen in the many insane splicers wielding blades throughout Rapture], and by the famine, and by the pestilence [these were both prevalent during Rapture’s Civil War. The pestilence in particular is the insanity caused by repeated use of ADAM]: but he that goeth out, and falleth to the Chaldeans that besiege you, he shall live, and his life shall be unto him for a prey [Some who survived and managed to meet the player in BioShock 1 and 2 could have their lives spared].

For I have set my face against this city for evil, and not for good, saith the Lord: it shall be given into the hand of the king of Babylon, and he shall burn it with fire.” (Jeremiah 21:8-10)

To replace God, a religion is formed. It is the true Cult of Rapture.

Cult of Rapture is the official site for the first two BioShock games.

Instead of worshiping God, the inhabitants of Rapture began worshipping themselves. Ultimately, they became their own gods. This is displayed both in the words of Andrew Ryan…: 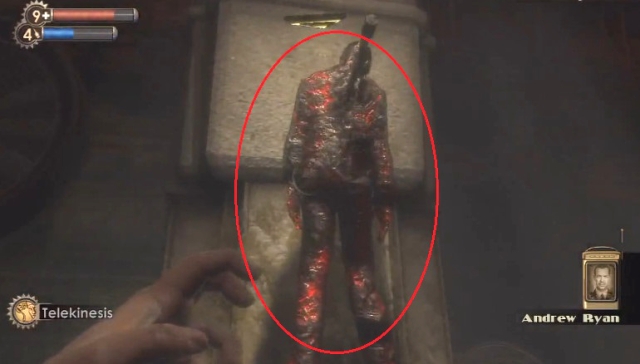 “A worm [you] looks up and sees the face of God [him]! But look around … it’s a regular convention of worms in here.“

…and in the location of Rapture-the bottom of the Atlantic Ocean.

“The word of the Lord came again unto me, saying, Son of man, say unto the prince of Tyrus, Thus saith the Lord God; Because thine heart is lifted up, and thou hast said, I am a God, I sit in the seat of God, in the midst of the seas [where is Rapture?]; yet thou art a man, and not God, though thou set thine heart as the heart of God:” (Ezekiel 28:1-2)

This self-conferred godhood is best seen in Plasmids.

Plasmids are godlike powers, granting control over things like lightning, fire and wind. Obtained with ADAM, and rendered usable by EVE, Plasmids make men into gods. Remember what Daniel Wales said about the “ascent o’ man?” Take a look at this:

“Now the serpent [Satan] was more subtil than any beast of the field which the Lord God had made. And he said unto the woman, Yea, hath God said, Ye shall not eat of every tree of the garden?

For God doth know that in the day ye eat thereof, then your eyes shall be opened, and ye shall be as gods, knowing good and evil.” (Genesis 3:1-5)

Here we see the Devil promised an “ascent o’ man.” Instead of ascending as gods, our rebellion caused us to fall.

With Plasmids, the people of Rapture virtually became gods, living in “the midst of the seas,” creating their own Rapture and becoming their own salvation. With Plasmids, they were able to fully live out the temptation of “Ye shall be as gods (My first article about BioShock covers this in detail).” Considering this connection to the garden of Eden (in fact, you buy Plasmids from a Gatherer’s Garden), is it any wonder that the main components to make Plasmids usable by mankind are ADAM and EVE?

Ye shall be as gods…This is the true Cult of Rapture.

*Look out for BioShock and the Bible Part 3: The Wader and Christianity!

1 Response to BioShock and the Bible Part 2: The Wader and the Cult of Rapture