Vessel* is a puzzle game that-like its main character Arkwright-aspires to be more. 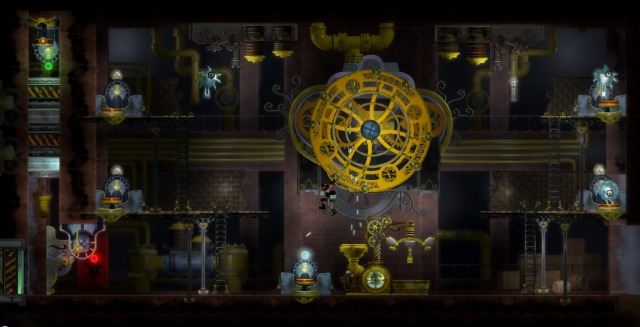 The first thing you’ll notice when playing Vessel is the water.

Vessel contains an amazing liquid simulation. Water pools, splashes and disappears (with heat) into a puff of steam. Goo sticks to various surfaces and slowly drips to the floor below. Lava coagulates into bundles of light. All of this occurs within a dark yet visually-vibrant steampunk world. 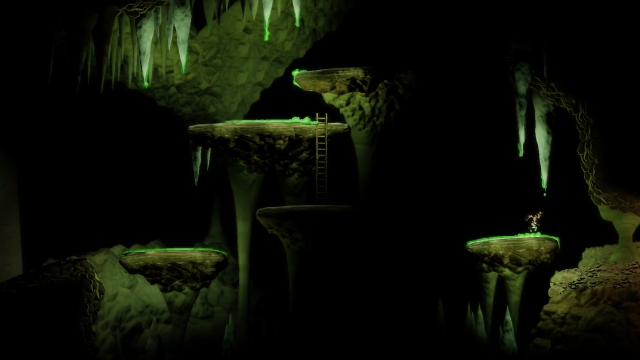 This liquid simulation is not just for show. Liquids combine and react with each other to create various effects. These reactions include red and blue goo exploding, water and lava creating steam, etc.

Don’t try this at home kids…

These alone would result in a deep puzzle-platformer, but Vessel adds one more element-Fluros.

Arkwright invented these creatures as a source of free labor and energy. However, over the course of the game they begin evolving. The addition of exploiting and harnessing their emerging behaviors (such as fear of the light/dark) result in some intensely difficult puzzles: 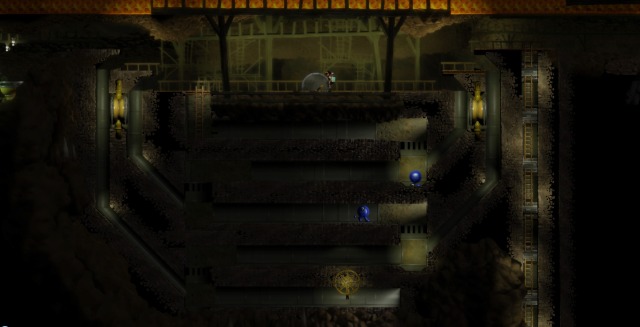 The extensive physics simulation combined with detailed retro graphics often cause the game to slow down dramatically (at least on the PS3). Although this creates a cool faux slow-motion effect, it can be visibly distracting.

Vessel also has a Metroidvania-type structure that allows you to explore the environments, backtrack, solve puzzles at your own pace and upgrade your equipment. 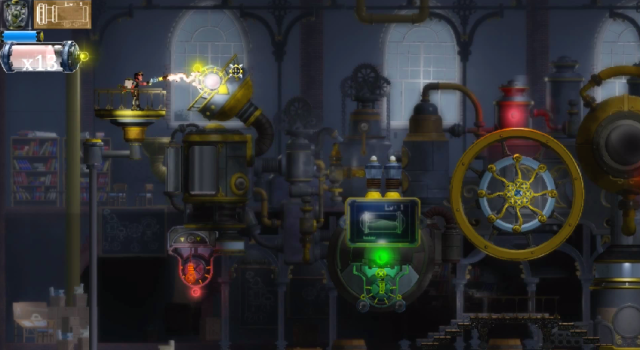 One thing certain gamers and reviewers have been disappointed with is the ending (which is purposely ambiguous to invite interpretation).

My personal impression of the ending is that it actually makes sense based on Arkwright’s personality and the direction of the story. From the perspective of a Christian player, I can definitely see the possibility of a biblical interpretation (detailed in our “Potential Concerns” section).

Vessel contains over 10 hours of mind-bending and diabolically challenging puzzle gameplay for PC and PlayStation 3 gamers.

In general we found the game to be family friendly. The ending (again, detailed in our “Potential Concerns” section) may hamper this aspect based upon your beliefs.

Please be aware that below is an examination of Vessel’s ending and themes.

Click on words highlighted in blue for linked scriptures.

By the end of the game, Arkwright comes to respect the Fluros, regarding them more as living beings instead of mere inventions gone haywire. They are beginning to form hierarchies and change their environment. Endlessly adapting…like us.

In this adaptability, Arkwright sees the key to finishing his device “The Accelerator.”
He says:

“…bridging the gap between Fluros and living beings. It will be my greatest invention, and the solution to all the ails of the modern world.”

Having gathered the tools needed throughout this 9-11 hour adventure, Arkwright begins realizing his creation: 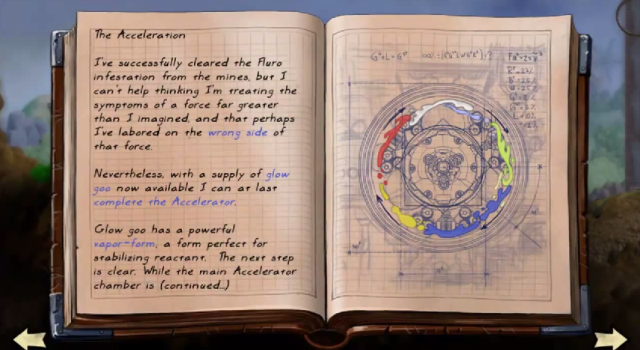 The drawing on the right page above depicting The Accelerator, liquids combining and a “center point” vaguely resemble that of occult practice. In and of itself, this is not very alarming, so let’s continue:

On the next page of the journal Arkwright notes how to bring his vision to life:

“…The force applied will concentrate the reaction into a focused point, unleashing the contained energy of a million Fluro lives on whatever lies within the center. The effect will be utterly transformational…”

And evolve he does. Arkwright is about to transform from “a man with the power to bring ordinary matter to life,” to something strange (and yet oddly familiar to those with a knowledge of the Bible):

Players can look at the diagrams around the room and see how the process works, with the reactants swirling around the center point-Arkwright.

After gathering the required elements, Arkwright jumps into the Accelerator. 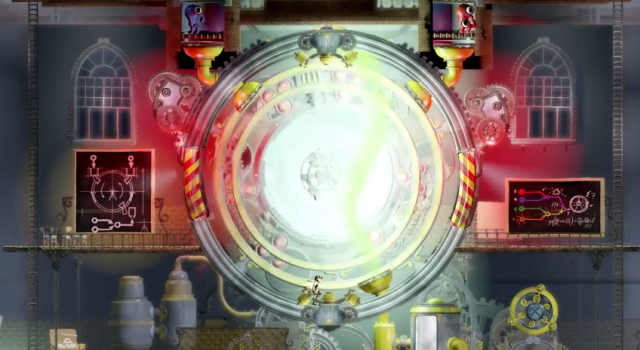 …and he is sucked into the center of the Accelerator.

Blue and red goo particles begin to swirl around him (as required of the reaction). 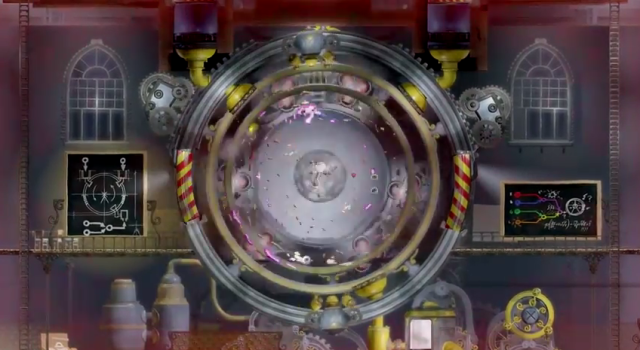 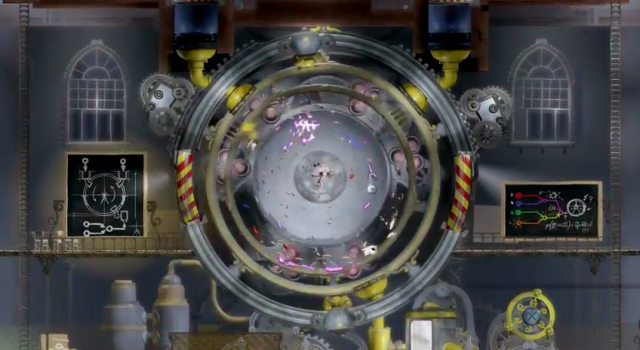 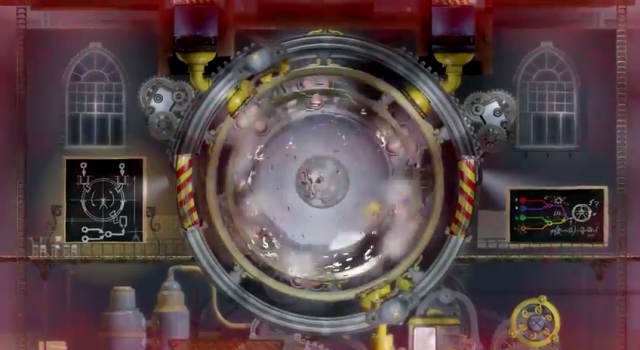 More emergency lights begin to flash as the components combine to form Protoplasm (the substance known for upgrading your equipment throughout the game). 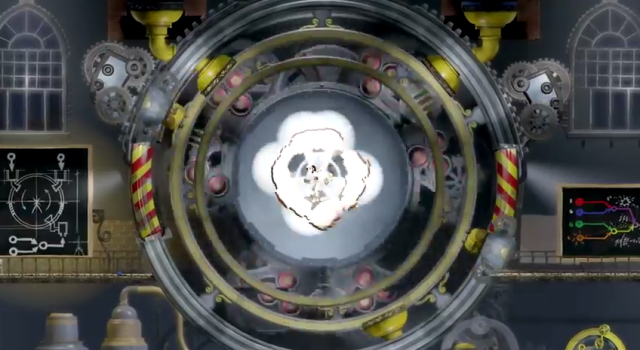 This mirrors Arkwright’s progression throughout the game, steadily becoming more obsessed with his creations and further scientific progress.

The protoplasm then explodes.

Is this the end of Arkwright? 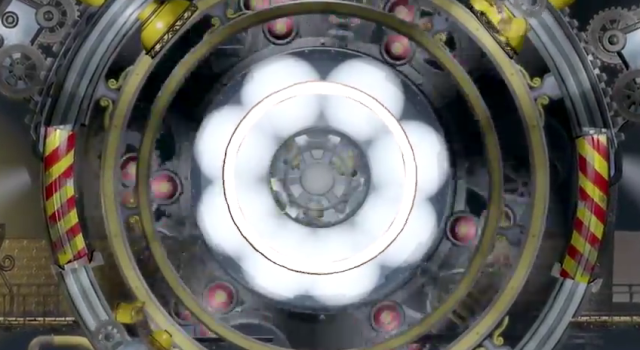 Out of this circle emerges a figure…

Arkwright is transfigured into a being composed entirely of light.

Out of this light a set of features wax into view… 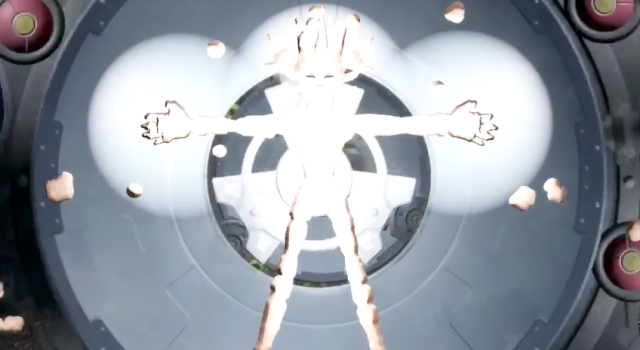 Out of this light a set of features wax into view… 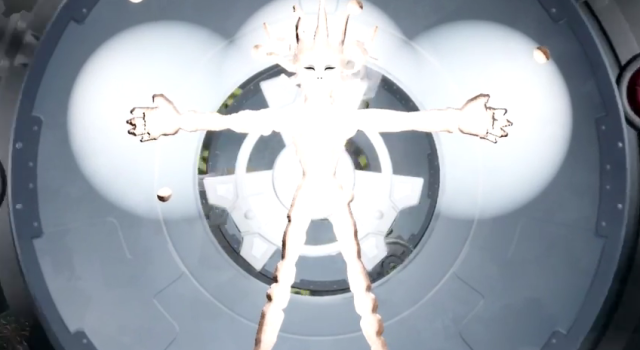 After the credits the following quote appears: 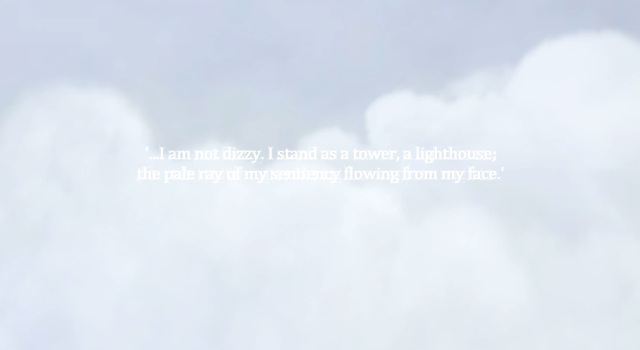 “…I am not dizzy. I stand as a tower, a lighthouse; the pale ray of my sentiency flowing from my face.”

Ultimately, Arkwright evolves to become one with his creation-the vessel of progress.

Players should note the ending to ensure compatibility with their beliefs/satisfaction with their purchase.