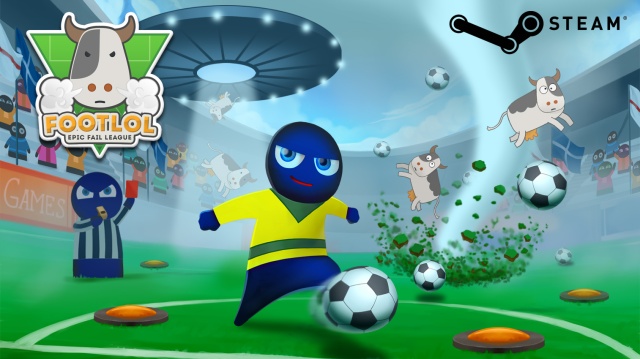 It’s a classic match-up folks-the United States vs. Belarus. The players wave at each other across the pitch… 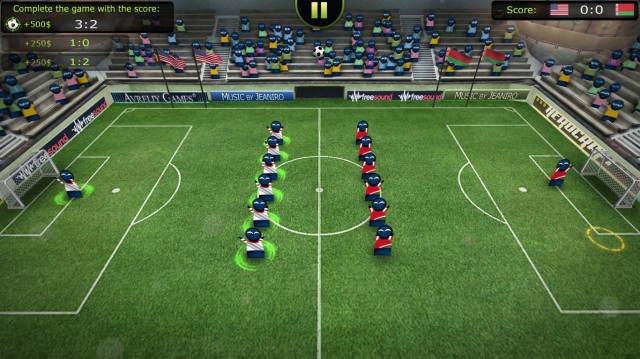 That’s an unfortunate accident…Random American Blue Guy #2 hops back onto his feet and the game continues as–who released cows onto the field?!?!

Spectators leap out of the stands and onto the field!

A wave of participants are leveled with an airstrike! 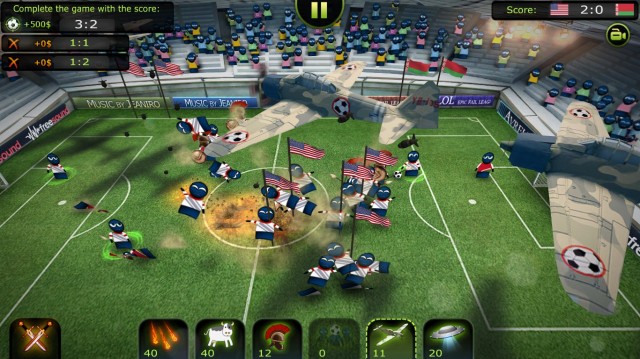 Players and sports fanatics alike are scattered. The stands are filled with cows. Aliens have abducted the US’ goalie! 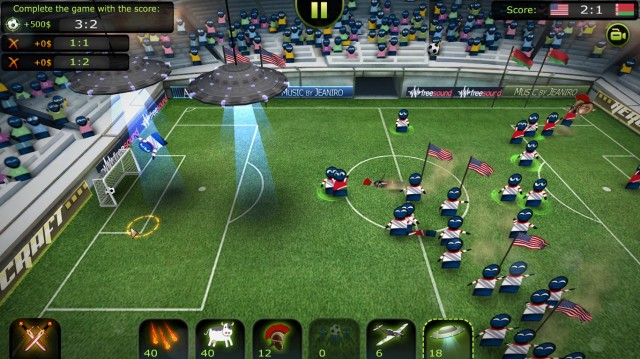 Who could possibly have caused this?

What brilliant mastermind can create such pandemonium?!?!

You, in the craziest interpretation of soccer yet-FootLOL: Epic Fail League*.

In FootLOL you do not control your team directly. Instead, the impressively-intelligent AI can be directed to focus on Defense or Offense at the touch of a button.

What you DO control are a variety of fun weapons and powers including soccer ball-firing cannons, gun turrets and tornadoes. 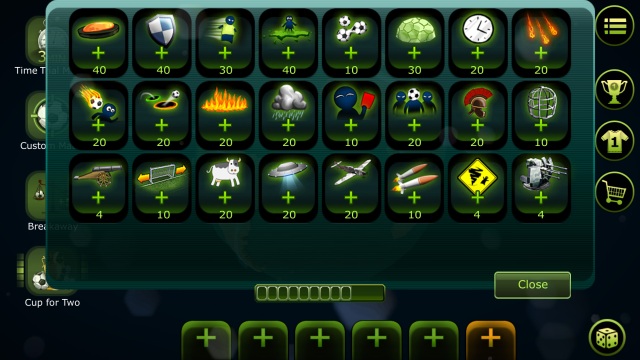 The full slate of abilities…

One impressive aspect of this game is that for every potential game-breaking ability, there is a counter measure.

Is your opponent booby trapping the field with mines? Set shields around your players.
Are cows trampling your fortifications? Scoop them up with a UFO. Are the other teams’ Spartans running roughshod over you? Trap them in sticky goo-or better yet, a metal cage. 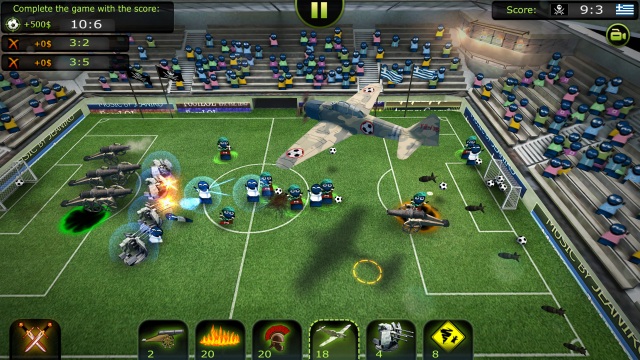 All of this tongue-in-cheek violence is presented in a remarkably tame manner. Whether trampled by rabid cows or set aflame by walls of fire, players always hop back onto their feet smiling and ready for more.

If using overpowered abilities to destroy the computer was the only activity in FootLOL, the game would not only be easy, but boring.

Instead, the player is sometimes asked to lose (up to a point).

Deciding whether to gleefully unleash every power available, or to use self control and carefully manipulate the score (granting additional rewards) adds much-needed strategy and challenge to FootLOL.

Notice the mission objectives in the top-left corner.

Money earned through matches can be spent on a variety of upgrades, eyes, uniforms and cute hats.

You can use these upgrades and outfits in environments ranging from Earth, to Mars and beyond.

I was finally able to test FootLOL’s multiplayer antics.

When it connects-aside from a bit of lag and a lack of active players-it’s fantastic. Note that matches and potential opponents can be found on the game’s official forum.

FootLOL is a lighthearted and family-friendly game that turns the most popular sport in the world into a mine-laden, cow-ridden, airstrike-susceptible mess.

You can wield a number of god-like powers including: