Video Games and the Bible Plays…Visions

*Sources of screenshots/videos are listed in their respective file-names.

Alongside our usual reviews and previews, these videos provide a look at some of the various games we cover, as well as a brief description of the game and any Potential Concerns you may encounter as a Christian.

In today’s “Video Games and the Bible Plays…” we feature the premiere Christian MMORPG, Visions*. 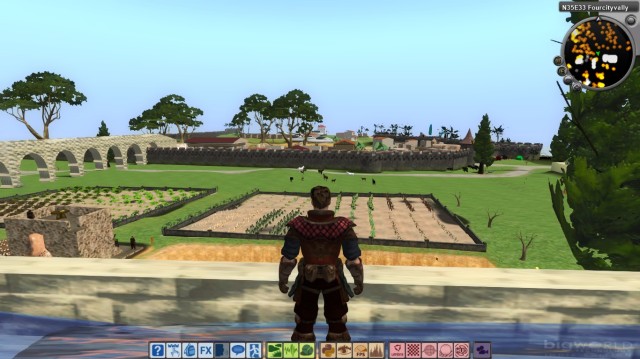 Currently available in a playable Alpha, Visions is a Christian MMORPG with an emphasis on role-playing and player interaction rather than simply combat. Set in ancient Cyprus, players will enjoy the historical setting and quest/skill-based progression as these features are added and improved. 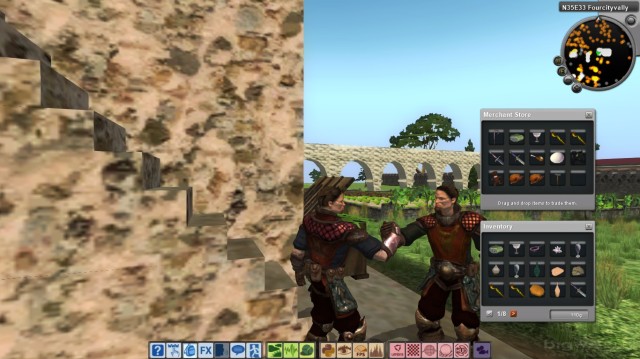 One of the merchants in Visions…

Anyone can enjoy Visions regardless of their religious beliefs. However, Visions is an unabashedly Christian title, with elements of Scripture and worship to God readily apparent (you can even take communion in-game). 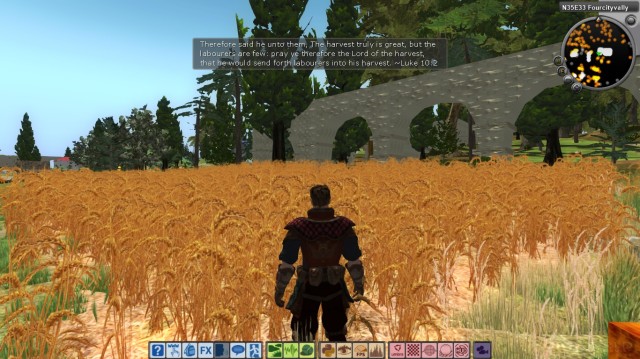 “Therefore said he unto them, The harvest truly is great, but the labourers are few: pray ye therefore the Lord of the harvest, that he would send forth labourers into his harvest.” (Luke 10:2)

Developed by a team consisting entirely of volunteers, all money earned/donated goes directly towards future development. This means server and energy expenses are currently coming “out of pocket.” 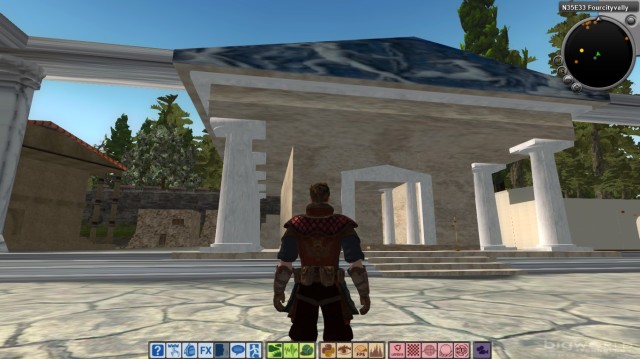 In the city of Amathus…

Visions has been in development for the past 11 years, but work on the project has been scrapped and restarted 3 separate times to ensure Visions maintains a high standard of quality. The current iteration of Visions is the result of two years of hard work and is in a very early state.

Elements still to be added include a quest system, significant in-game story and player “Professions.” A preliminary list of these Professions:

As their website states, the intention is to “create a world that relies on players to make it alive.”

One of the mounts you will eventually be able to tame/train.

Although much of the game design is not complete, progress is being made. We can already see some key features of the player-run ecosystem (such as mining and crafting) in their infancy: 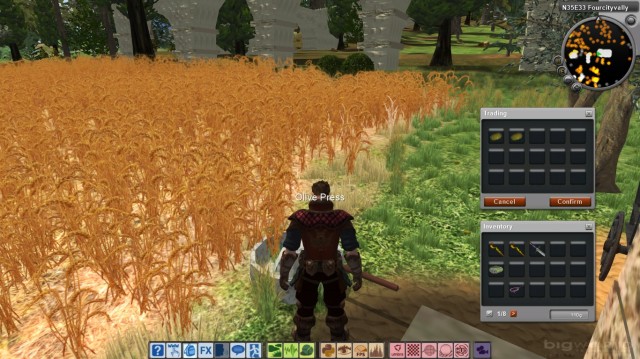 Tradeskills are working for the first time in ANY build of Visions. Here I am in the process of making olive oil…

This means that, eventually, someone will be mining the clay needed for pottery and crafting the pottery itself. Another player may take the resin from frankincense and myrrh trees to create perfume to fill these containers. Their trade and interaction (among others) will make Visions a living world. 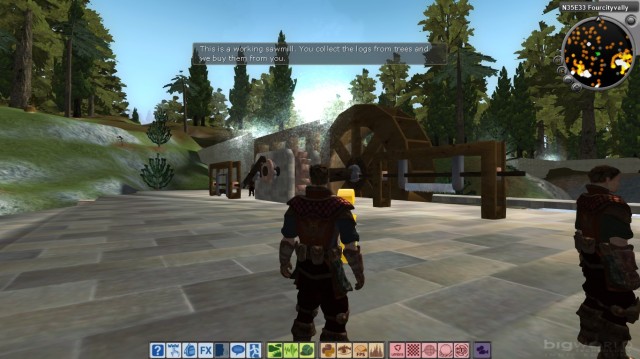 Actual players may one day operate this sawmill…

In its current state, Visions is not the most expansive game, but it is definitely a project worth supporting. 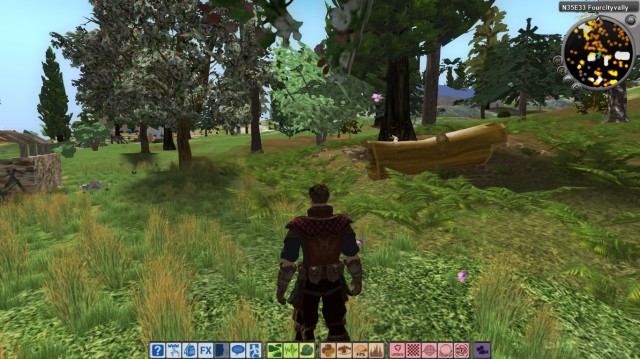 The detailed environments help the game feel alive–even when other players aren’t in the server.

The only Potential Concerns present are two magical staffs,* and a scantily-clad female character model* (as is the custom in most MMOs). However, this model has been toned-down with a “shirt” of sorts until it can be entirely replaced at a later stage in development. 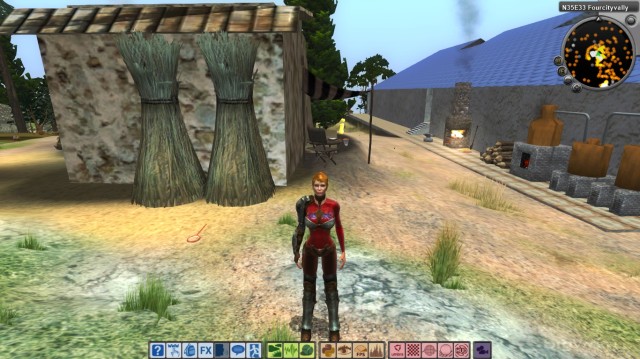 That entire red region would be flesh-colored otherwise…

*All Potential Concerns to be encountered at this point are simply a residual effect of the BigWorld MMO engine being used, and will be removed accordingly as the game gets closer to final release.

Since Visions is created by an all-volunteer team, any money received goes towards development/operation of the game. If you are interested in assisting in the development of Visions, click here.