*Note: there is an audio version of this article:

Sly Cooper is a raccoon thief from a long line of thieves. Throughout the series, Sly Cooper steals and kills. A little of what the Bible says about that:

“Know ye not that the unrighteous shall not inherit the kingdom of God? Be not deceived: neither fornicators, nor idolaters, nor adulterers, nor effeminate, nor abusers of themselves with mankind,

Nor thieves, nor covetous, nor drunkards, nor revilers, nor extortioners, shall inherit the kingdom of God.” (1 Corinthians 6:9-10)

“Let him that stole steal no more: but rather let him labour, working with his hands the thing which is good, that he may have to give to him that needeth.” (Ephesians 4:28)

Some of the consequences of being a thief in the Bible:

“When I would have healed Israel, then the iniquity of Ephraim was discovered, and the wickedness of Samaria: for they commit falsehood; and the thief cometh in, and the troop of robbers spoileth without.

And they consider not in their hearts that I remember all their wickedness: now their own doings have beset them about; they are before my face.” (Hosea 7:1-2)

“The people of the land have used oppression, and exercised robbery, and have vexed the poor and needy: yea, they have oppressed the stranger wrongfully. And I sought for a man among them, that should make up the hedge, and stand in the gap before me for the land, that I should not destroy it: but I found none.

Therefore have I poured out mine indignation upon them; I have consumed them with the fire of my wrath: their own way have I recompensed upon their heads, saith the Lord God.” (Ezekiel 22:29-31)

“That we henceforth be no more children, tossed to and fro, and carried about with every wind of doctrine, by the sleight of men, and cunning craftiness, whereby they lie in wait to deceive;” (Ephesians 4:14)

“But they that will be rich fall into temptation and a snare, and into many foolish and hurtful lusts, which drown men in destruction and perdition.

For the love of money is the root of all evil: which while some coveted after, they have erred from the faith, and pierced themselves through with many sorrows.” (1 Timothy 6:9-10)

“Pierced themselves through with many sorrows” indeed applies to Sly Cooper. His parents were murdered due to their involvement in criminal activities. Bentley (his turtle childhood friend) had both of his legs crushed as a result of joining the Cooper Gang.

Sly isn’t ashamed of the fact that he is a thief-he even brags about it, proudly boasting of his dubious heritage. Some quotes:

“There’s no honor, no challenge, no fun, in stealing from ordinary people. You rip off a master criminal, then you know you’re a master thief.”

“You’re only half right. I’m a thief, from a long line of master thieves, whereas you, you’re just a frustrated fireworks artist turned homicidal pyromaniac.”

“Crime? I haven’t stolen anything… yet.”

“Trust not in oppression, and become not vain in robbery: if riches increase, set not your heart upon them.” (Psalm 62:10)

“Every one that is proud in heart is an abomination to the Lord: though hand join in hand, he shall not be unpunished.” (Proverbs 16:5)

In Sly 2: Band of Thieves and Sly Cooper: Thieves in Time you can steal special items called “treasures:” 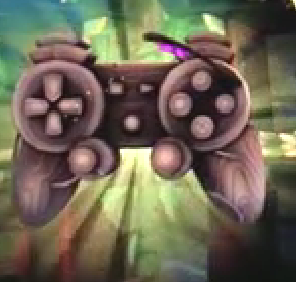 “The getting of treasures by a lying tongue [which Sly often uses] is a vanity tossed to and fro of them that seek death. The robbery of the wicked shall destroy them; because they refuse to do judgment.” (Proverbs 21:6-7)

The original Cooper Gang consists of Sly, Bentley and Murray. They are not only his companions, but also assist him with his thefts:

“Whoso is partner with a thief hateth his own soul: he heareth cursing, and bewrayeth it not.” (Proverbs 29:24)

“But unto the wicked God saith, What hast thou to do to declare my statutes, or that thou shouldest take my covenant in thy mouth?Seeing thou hatest instruction, and casteth my words behind thee.

When thou sawest a thief, then thou consentedst with him, and hast been partaker with adulterers.” (Psalm 50:16-18)

Further on in the chapter…:

“These things hast thou done, and I kept silence; thou thoughtest that I was altogether such an one as thyself: but I will reprove thee, and set them in order before thine eyes.” (Psalm 50:21)

Sly performs some actions as only God can:

“Behold, I go forward, but he [God] is not there; and backward, but I cannot perceive him: On the left hand, where he doth work, but I cannot behold him: he hideth himself on the right hand, that I cannot see him:” (Job 23:8-9)

“And when they came down to him, Elisha prayed unto the Lord, and said, Smite this people, I pray thee, with blindness. And he smote them with blindness according to the word of Elisha.” (2 Kings 6:18)

“A day of the trumpet and alarm against the fenced cities, and against the high towers. And I will bring distress upon men, that they shall walk like blind men, because they have sinned against the Lord: and their blood shall be poured out as dust, and their flesh as the dung.” (Zephaniah 1:16-17)

Not only does God make the blind, he heals them as well (something Sly can’t do):

“The Lord openeth the eyes of the blind: the Lord raiseth them that are bowed down: the Lord loveth the righteous:” (Psalm 146:8)

“And in that same hour he [Jesus] cured many of their infirmities and plagues, and of evil spirits; and unto many that were blind he gave sight.” (Luke 7:21)

“And he [God] changeth the times and the seasons: he removeth kings, and setteth up kings: he giveth wisdom unto the wise, and knowledge to them that know understanding:” (Daniel 2:21)

The word insanity is not found in the Bible, but a word with the same meaning is present-madness:

“The LORD shall smite thee with madness, and blindness, and astonishment of heart:” (Deuteronomy 28:28)

“The Lord also thundered in the heavens, and the Highest gave his voice; hail stones and coals of fire. Yea, he sent out his arrows, and scattered them; and he shot out lightnings, and discomfited them.” (Psalm 18:13-14)

[Talking to God]“Cast forth lightning, and scatter them: shoot out thine arrows, and destroy them.” (Psalm 144:6)

“The Lord thundered from heaven, and the most High uttered his voice. And he sent out arrows, and scattered them; lightning, and discomfited them.” (2 Samuel 22:14-15) 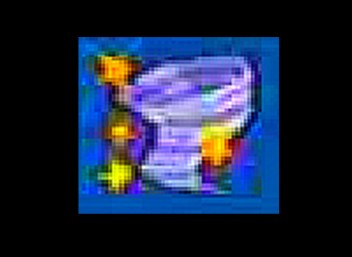 “Behold, the whirlwind of the Lord goeth forth with fury, a continuing whirlwind: it shall fall with pain upon the head of the wicked.” (Jeremiah 30:23)

“Behold, a whirlwind of the Lord is gone forth in fury, even a grievous whirlwind: it shall fall grievously upon the head of the wicked.” (Jeremiah 23:19)

“The Lord is slow to anger, and great in power, and will not at all acquit the wicked: the Lord hath his way in the whirlwind and in the storm, and the clouds are the dust of his feet.” (Nahum 2:3)

Ultimately, we see the Bible not only condemns Sly Cooper’s actions, but Sly himself. It gets worse:

“I will ascend above the heights of the clouds; I will be like the most High.”

“I [Jesus] am the door: by me if any man enter in, he shall be saved, and shall go in and out, and find pasture.

So we see that despite his charming cartoon exterior, Sly represents both “another Jesus” and the Devil himself.