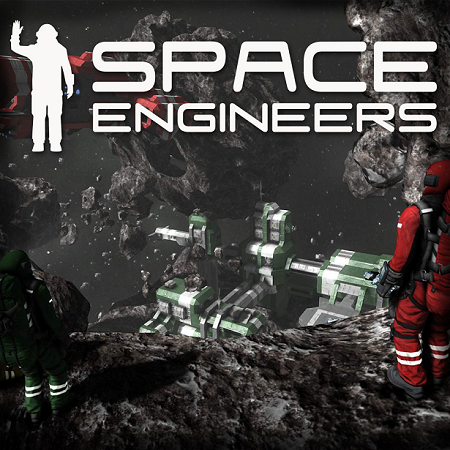 Space Engineers is an Early Access title in Alpha. This means the game is not fully optimized and various bugs are present.

However, this also means that Space Engineers is continually being updated, refined and improved based on YOUR feedback (weekly, in this case).

The feature list is available here, and you can watch the games’ development progress here.

Space Engineers* gameplay from the Video Games and the Bible YouTube channel: 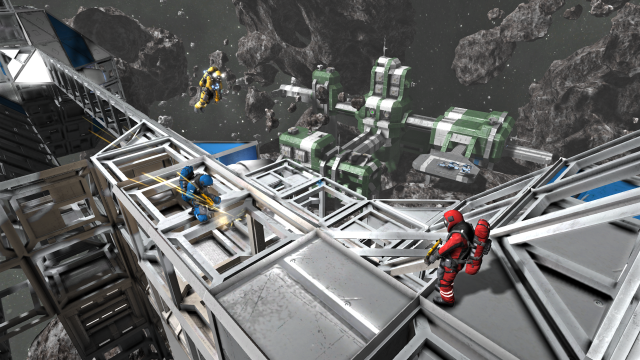 You are planted in a world of physics, science and math–not warp speed drives. This means that players are firmly rooted in reality, working with NASA technology as it might be sixty years from now. 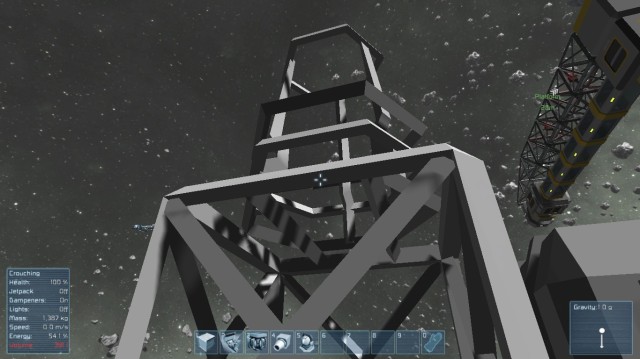 It takes longer to build a thruster than you might think…

Space Engineers is powered by a custom voxel engine. This allows players to interact with their environment dynamically–boring mining tunnels through asteroids and watching their ships crumple from a meteor shower. 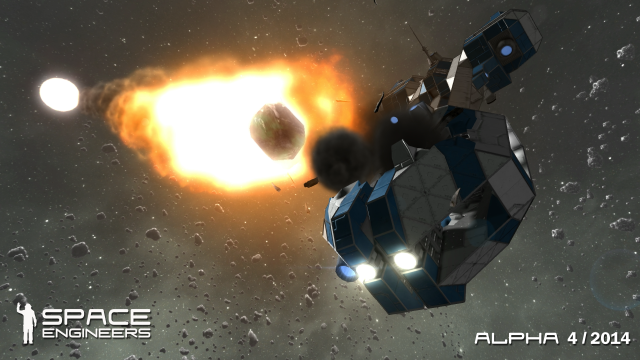 Multiplayer is an essential part of the experience. Space Engineers pound down hallways, switching to jetpacks when the gravity drive is knocked offline…Enemy gunfire rips through light armor as the crew desperately attempts to repair breaches in the hull…
The level of immersion is incredible. 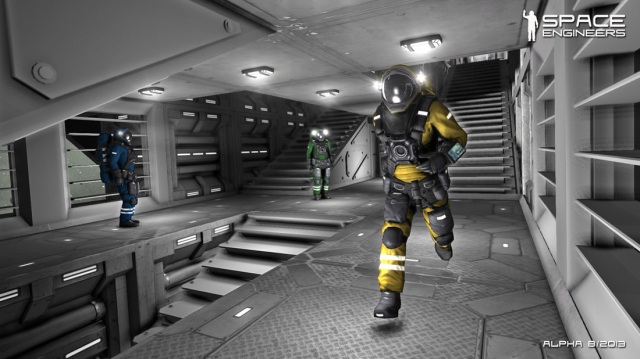 Gameplay is divided into two segments: Creative and Survival.

In Creative you have unlimited resources to build, create and explore. Some may use this ability to construct an animatronic T-Rex or a scale model of the USS Enterprise. Other players may engineer humongous mining warheads to cut a nearby asteroid in half… 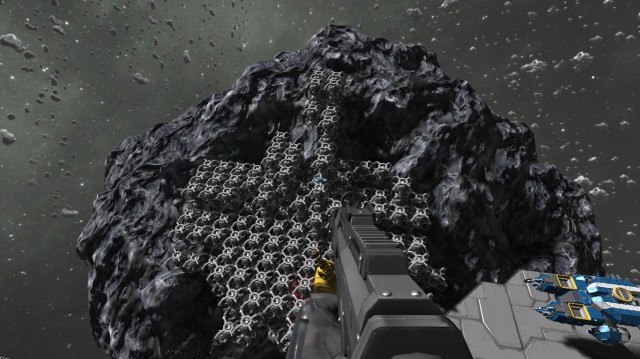 A cluster of over 50 nuclear warheads… 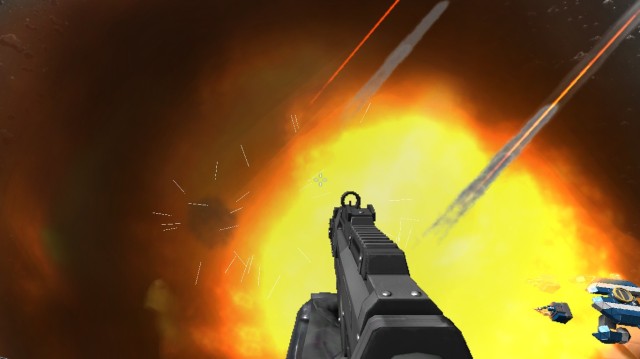 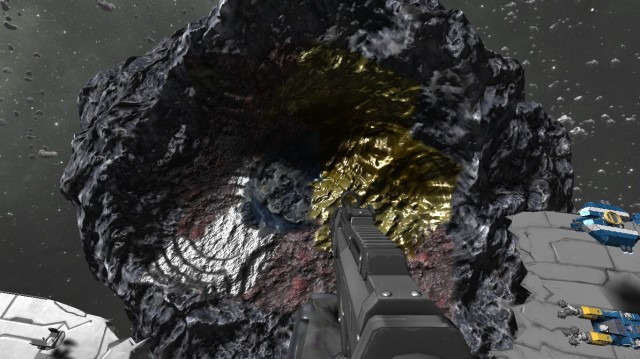 The goofy madness reigning in Creative stands in direct contrast to the realistic pressure of Survival mode.

Ores (iron, gold, etc.) must be harvested manually, refined into a usable state, and then assembled into the desired product over time. This makes every construction a precious commodity–every design decision critical. 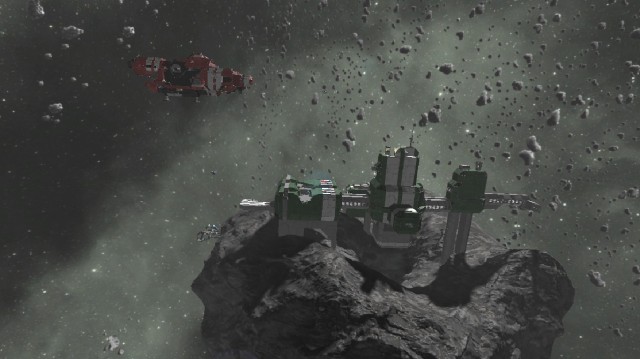 Hey! I spent 100 hours building that!

A solid weekly update schedule and active integration of player ideas (such as solar panels) has built a strong community around Space Engineers. This international community has added content to the game through mods and structures shared through the Steam Workshop.

Space Engineers stands out in an increasingly-crowded voxel category with a focus on scientific realism, consistent updates and fostering a supportive community. In its current state, this a great game.

There are none to my knowledge in the base game.

Any Potential Concerns encountered at this stage of development are to be found when interacting with other players or downloading user-created objects (such as ships, worlds, mods, etc.).