Super Puzzle Platformer Deluxe (SPPD) is one of the best examples I can give of gameplay distilled to its purest form.

Blocks fall from the top of the screen (ala Tetris) and players destroy them in groups to earn points and Block Bits. Catching enough Block Bits gives you the chance to grab giant jewels (unlocking new levels) or invincibility-granting stars.

Walking on spikes with invincibility…

As you survive waves of falling blocks and various hazards, you’ll “Level Up.” This grants you more power and high-score opportunities, but also increases the speed and overall difficulty of the game. 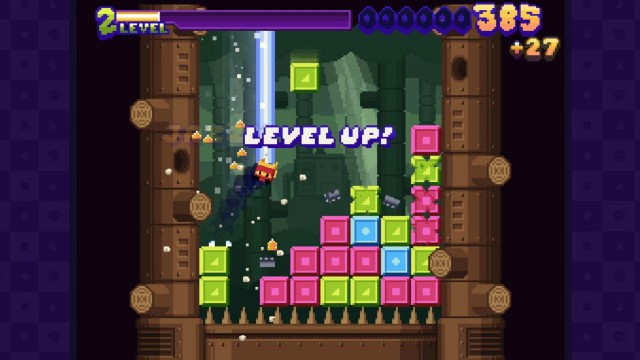 Super Puzzle Plaformer Deluxe developer Andrew Morrish appears to have mastered the art of “game feel.” Small details like the screen shaking when blocks fall or lines are cleared give a noticeable weight and consequence to your actions.

A massive combo results in an accordingly massive screen shake.

A steep learning curve eventually leads the player from frustration to an incredible sense of reward. 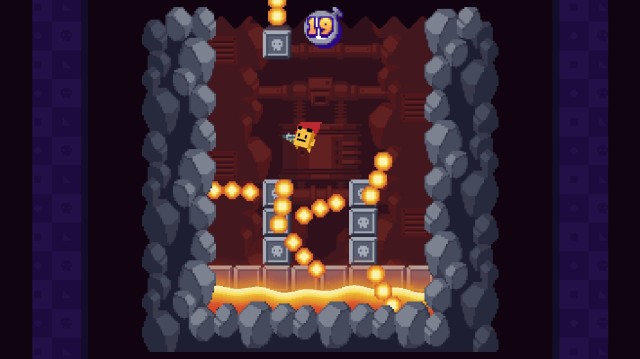 Although I highly recommend Super Puzzle Platformer Deluxe for its refined gameplay mechanics, the following Potential Concerns may give some Christian gamers pause. 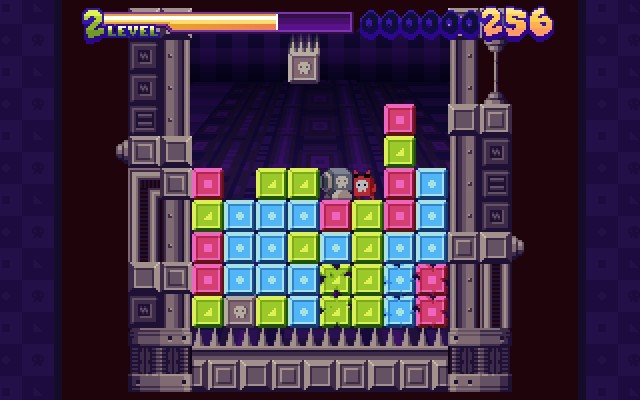 Grabbing stars causes you to flash rainbow-colors and become invincible.

The Haunted Mansion level contains skeletons and ghosts for players to contend with: